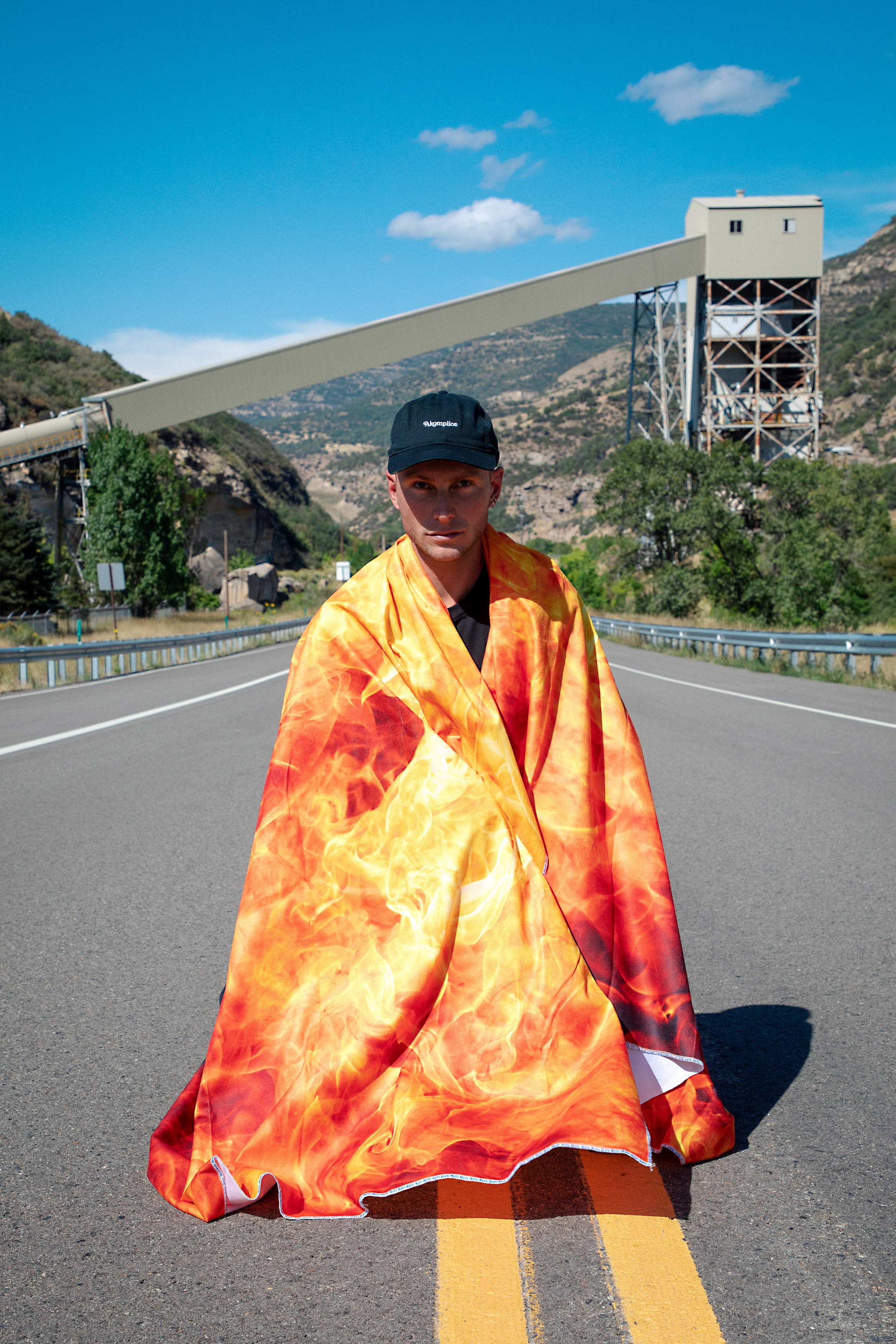 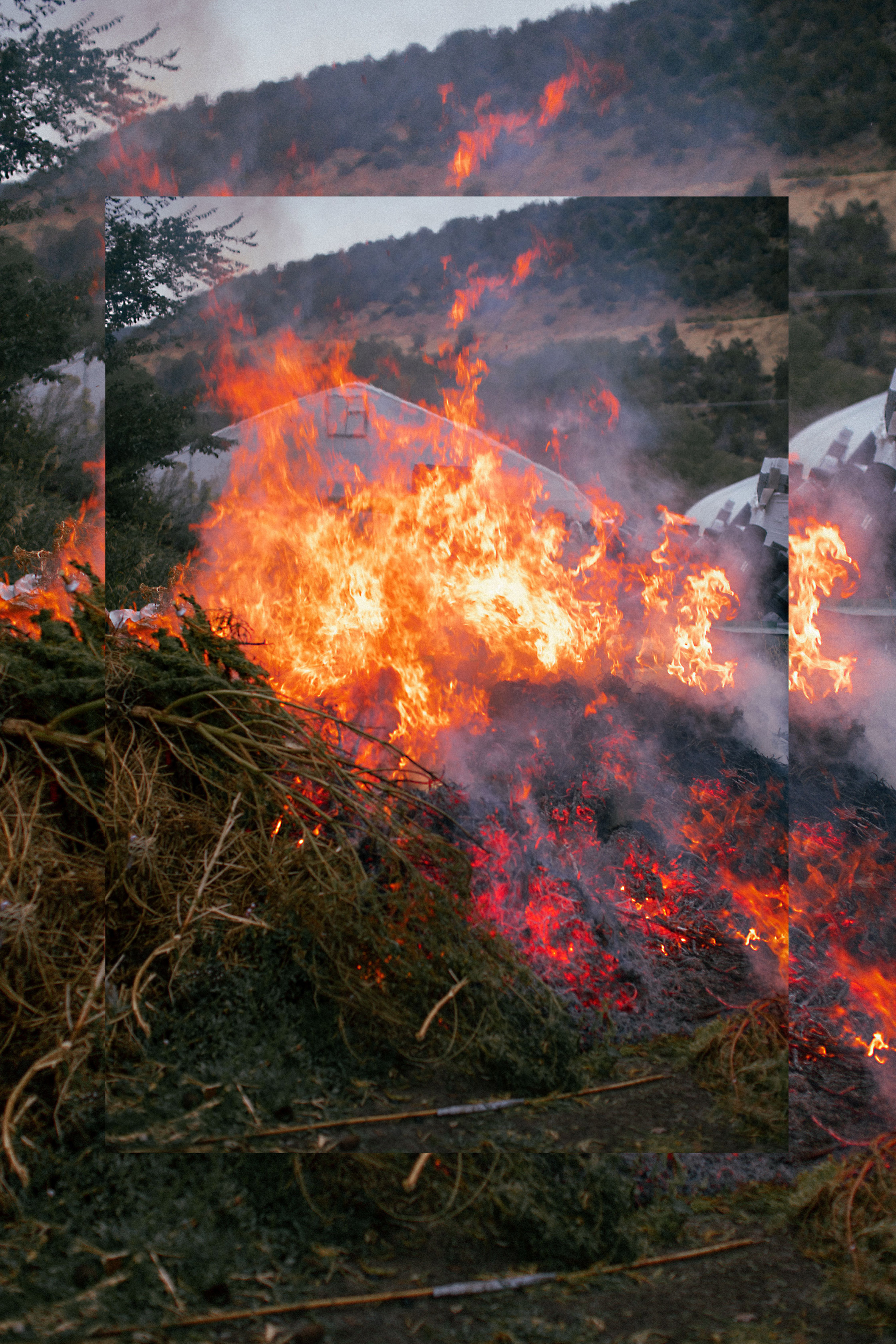 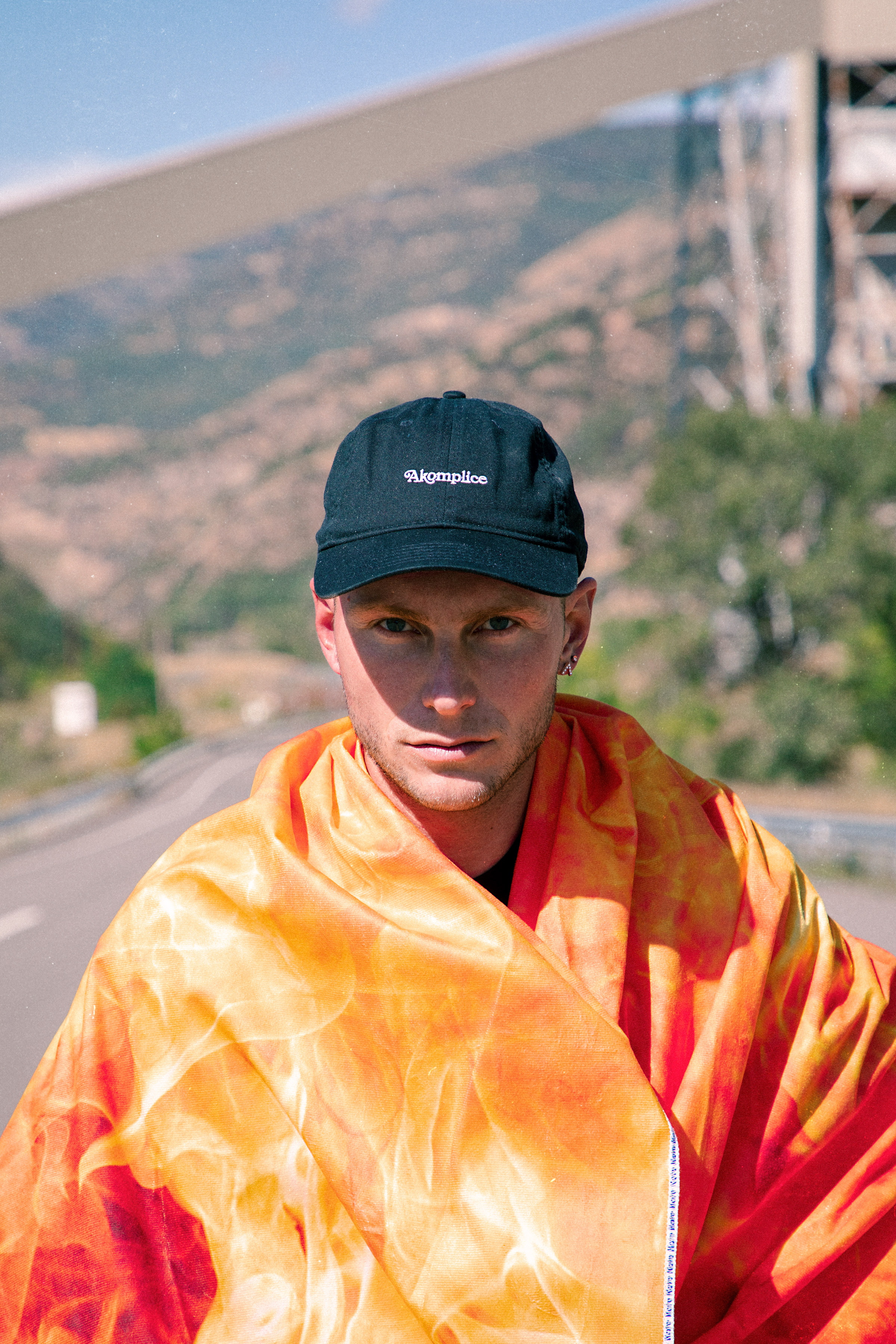 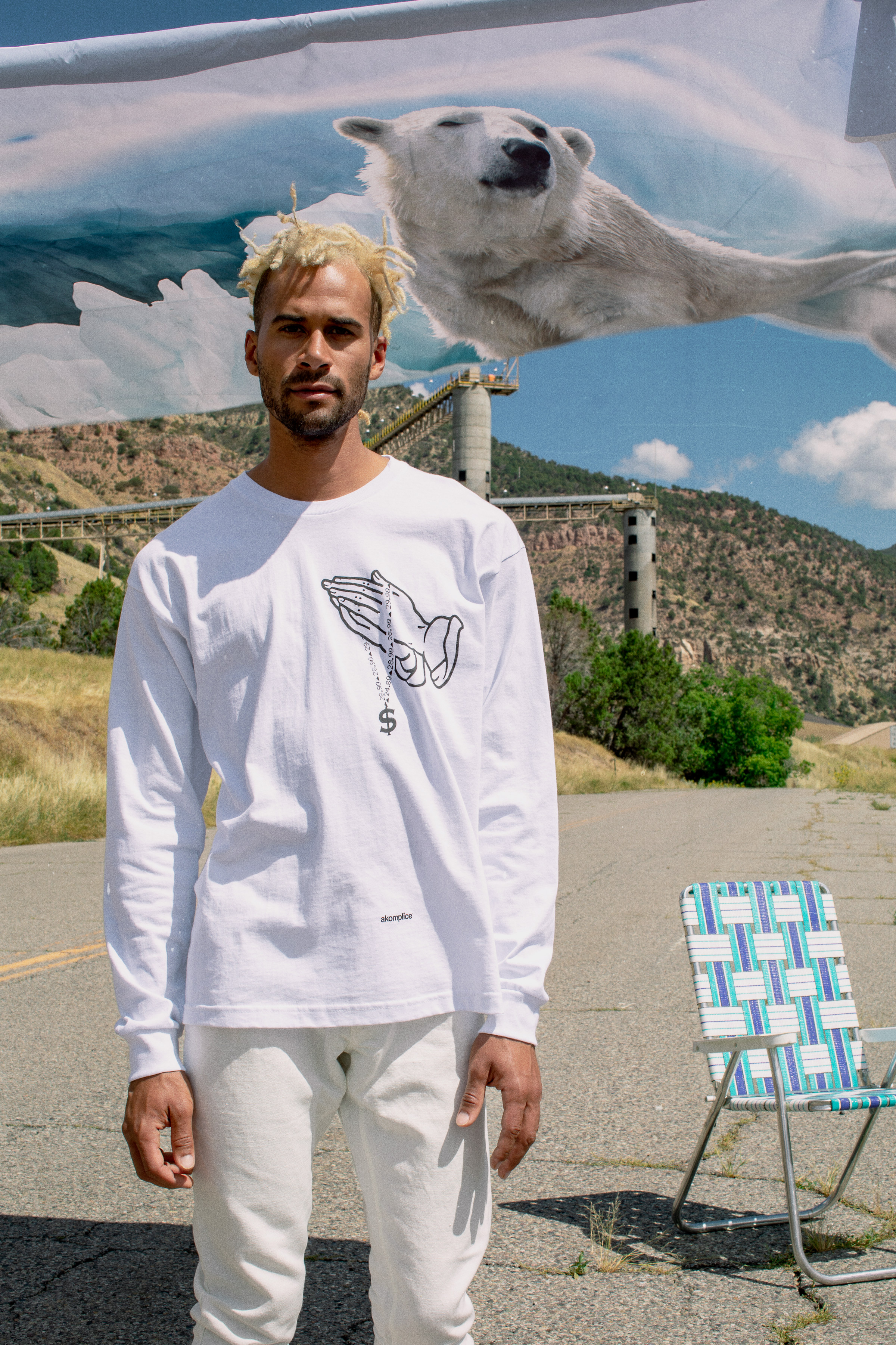 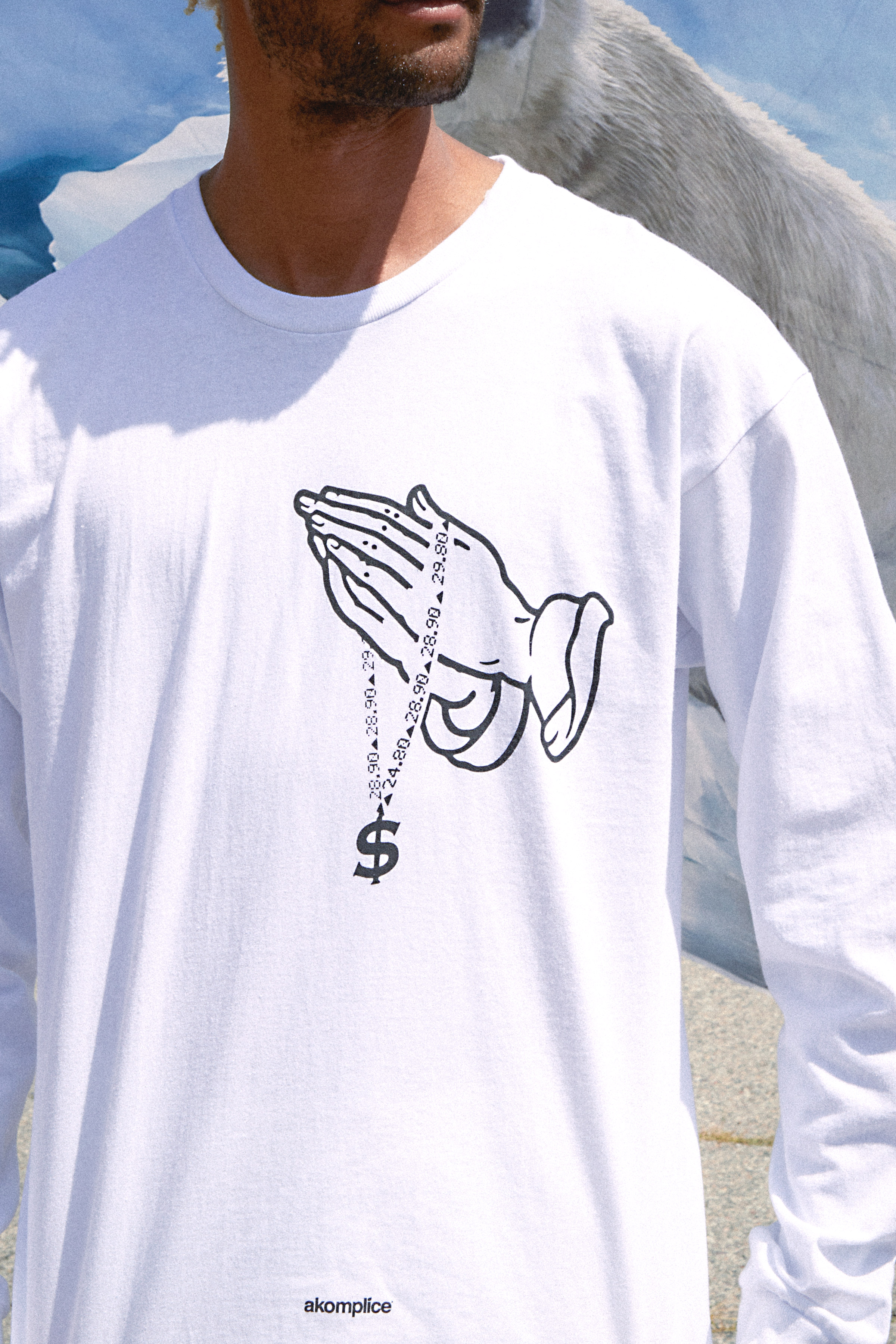 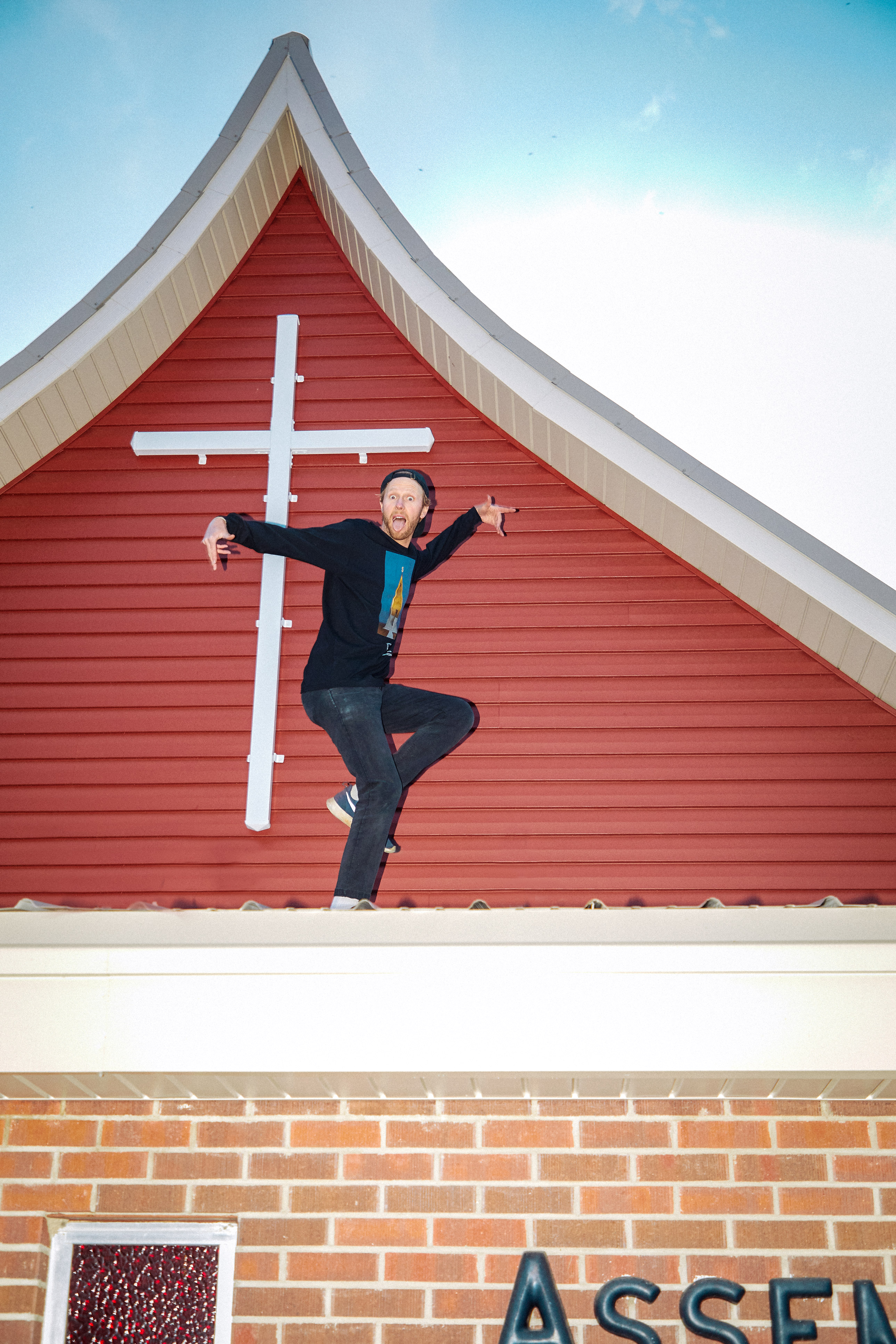 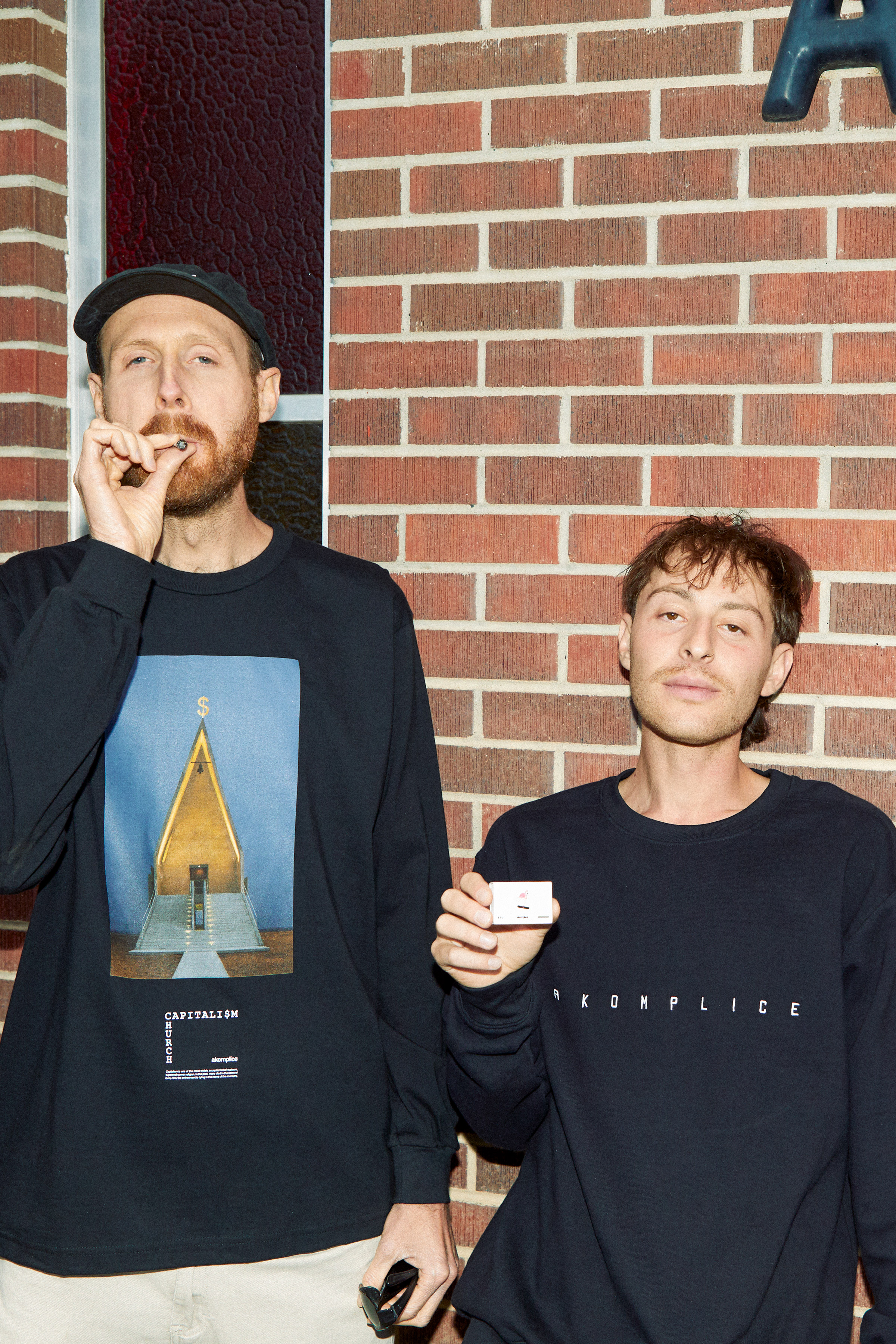 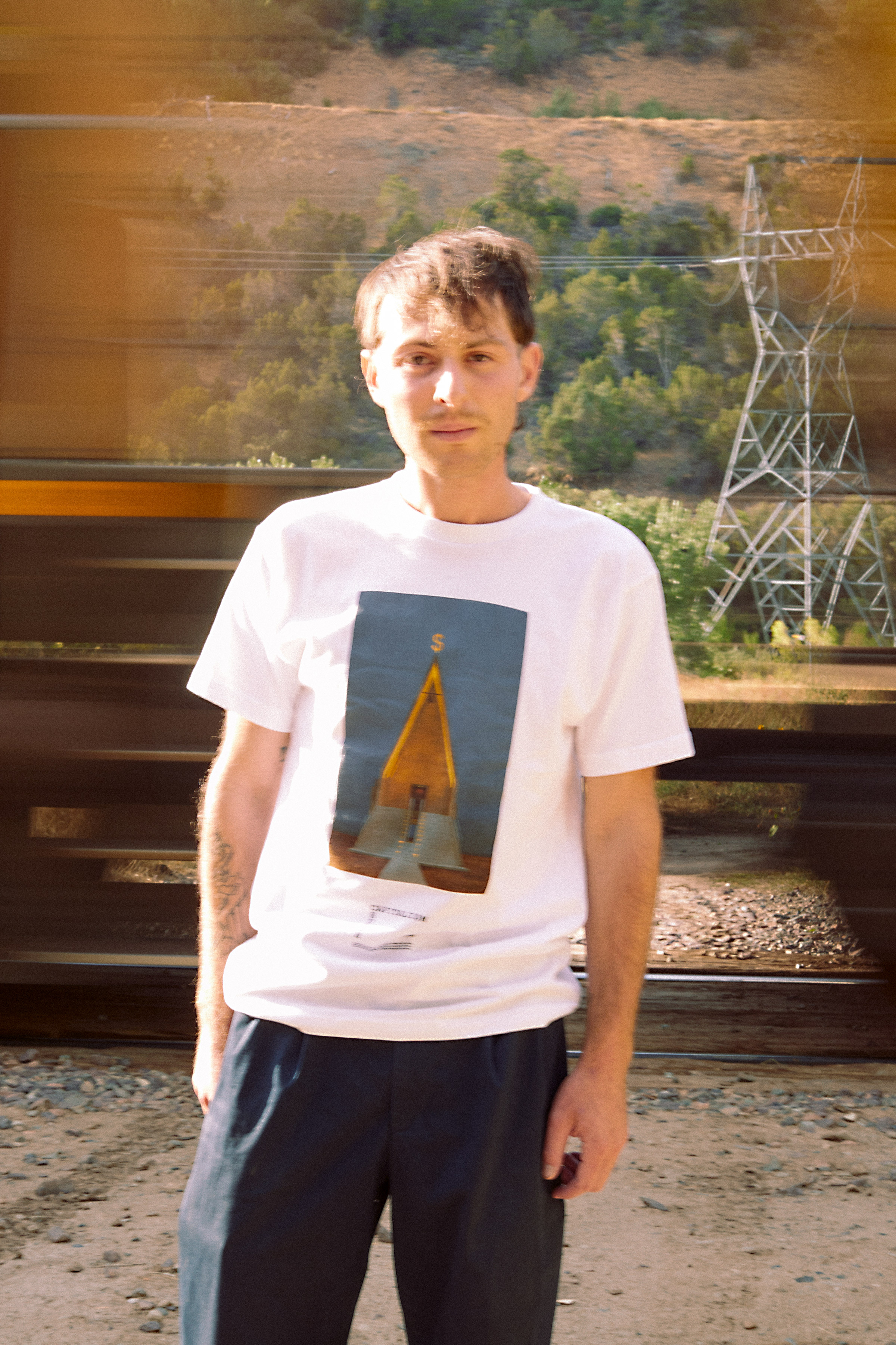 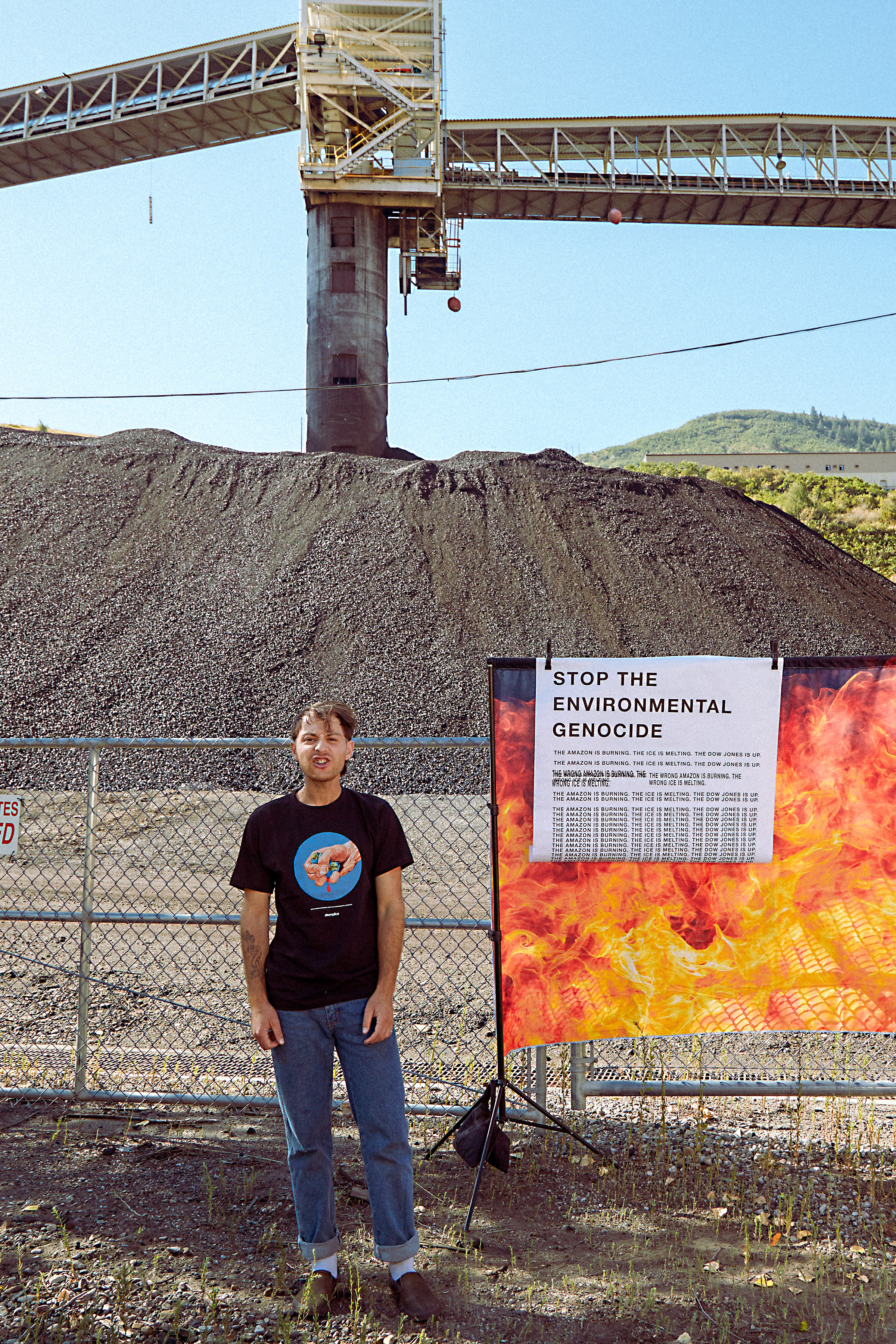 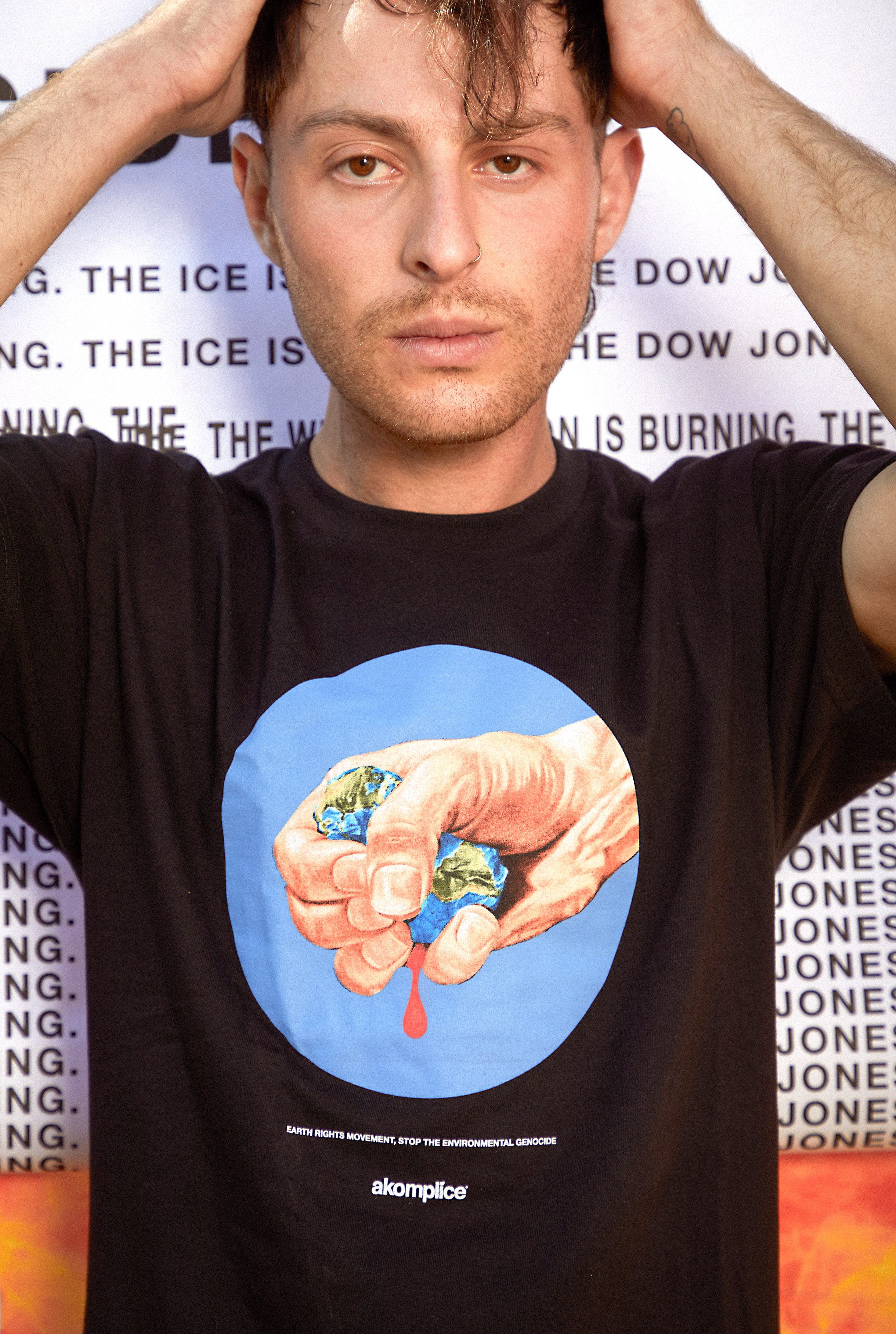 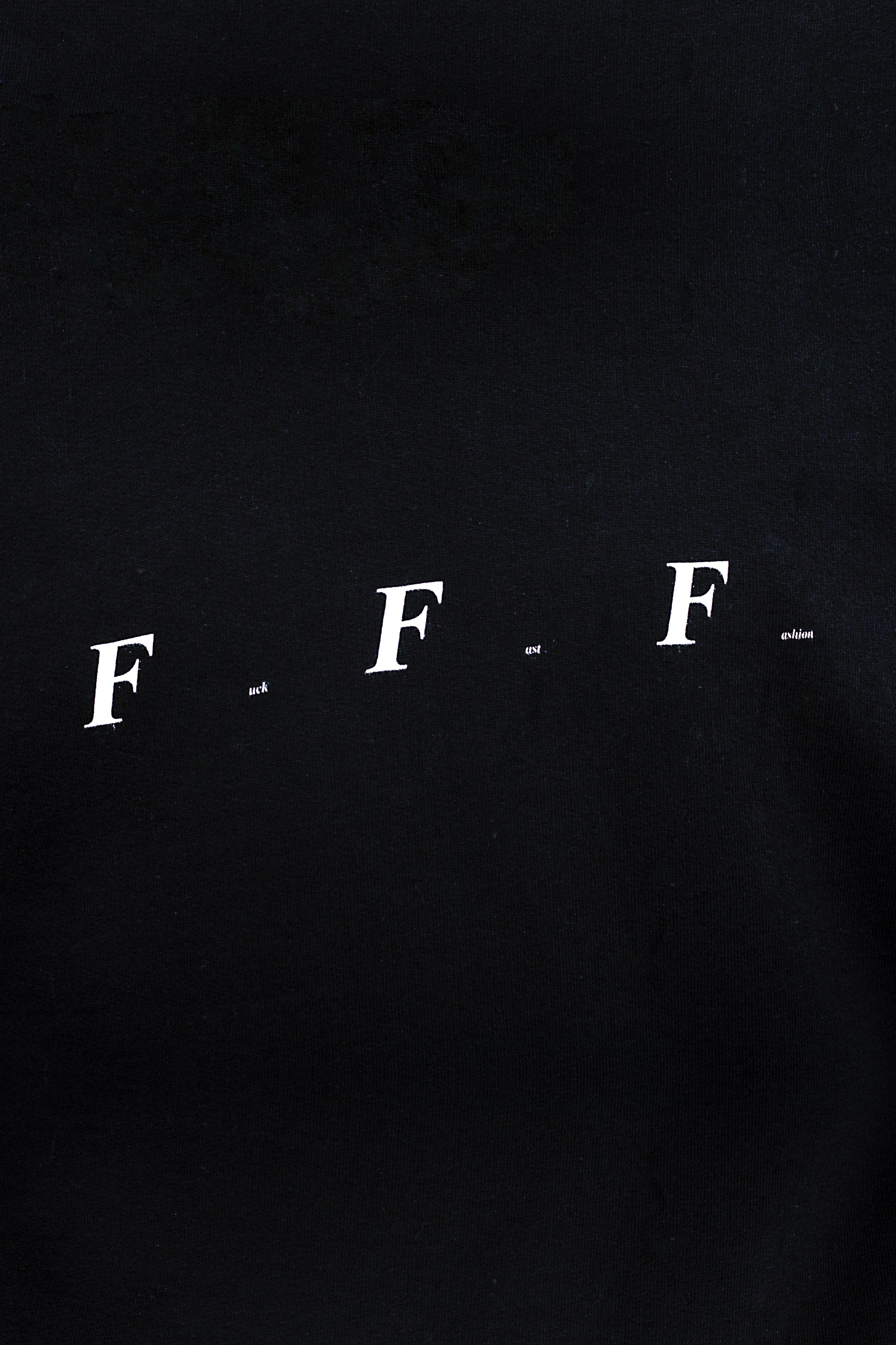 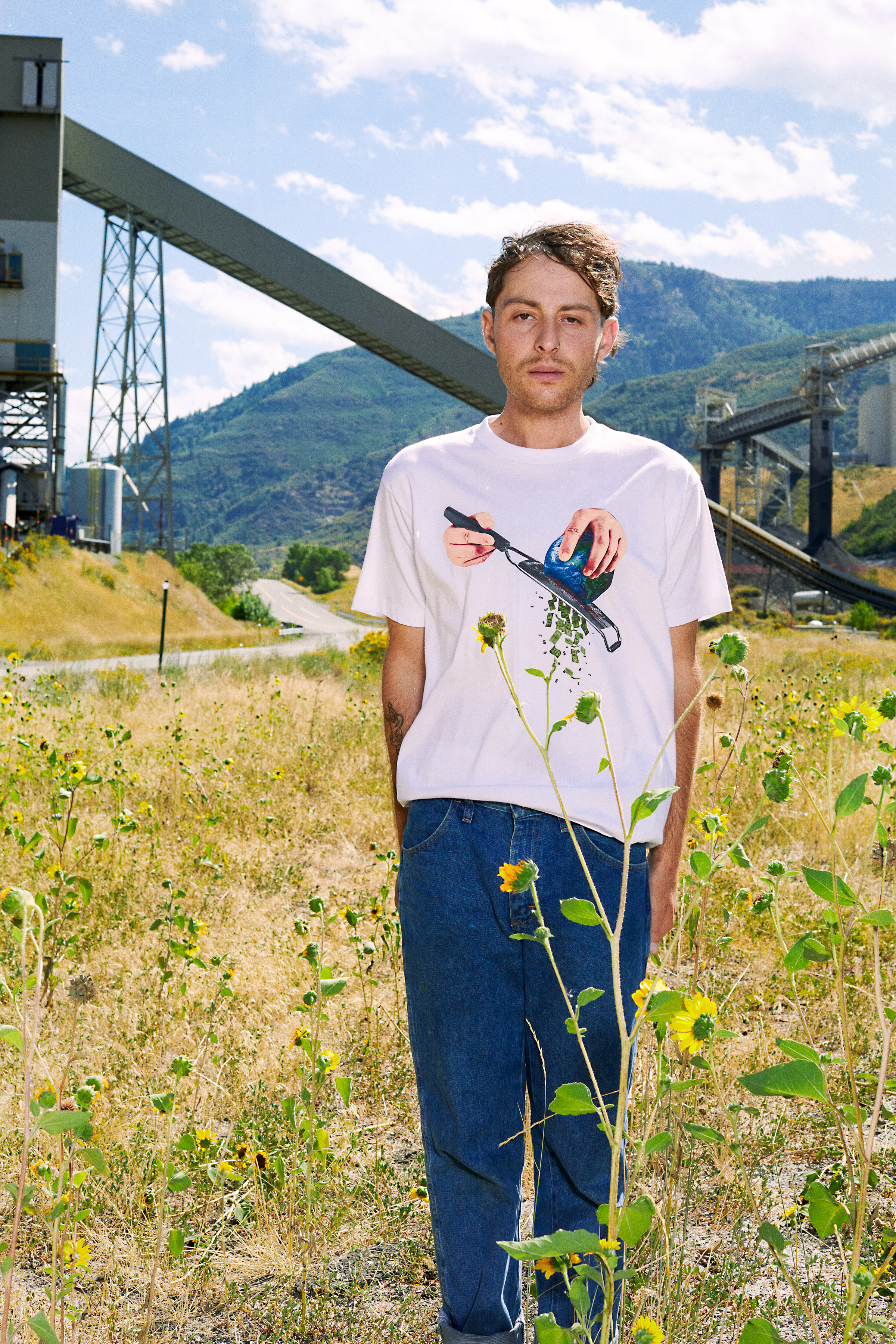 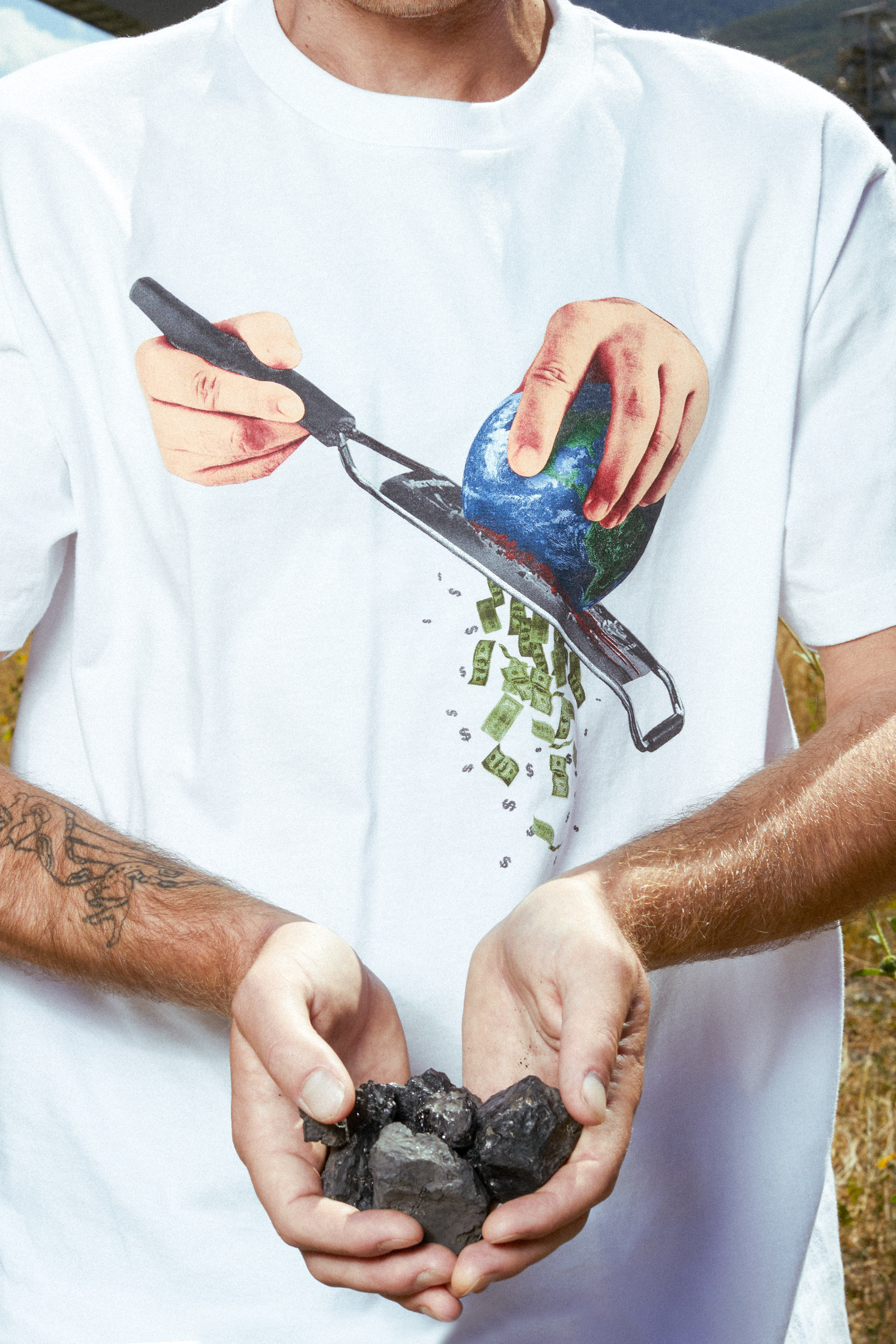 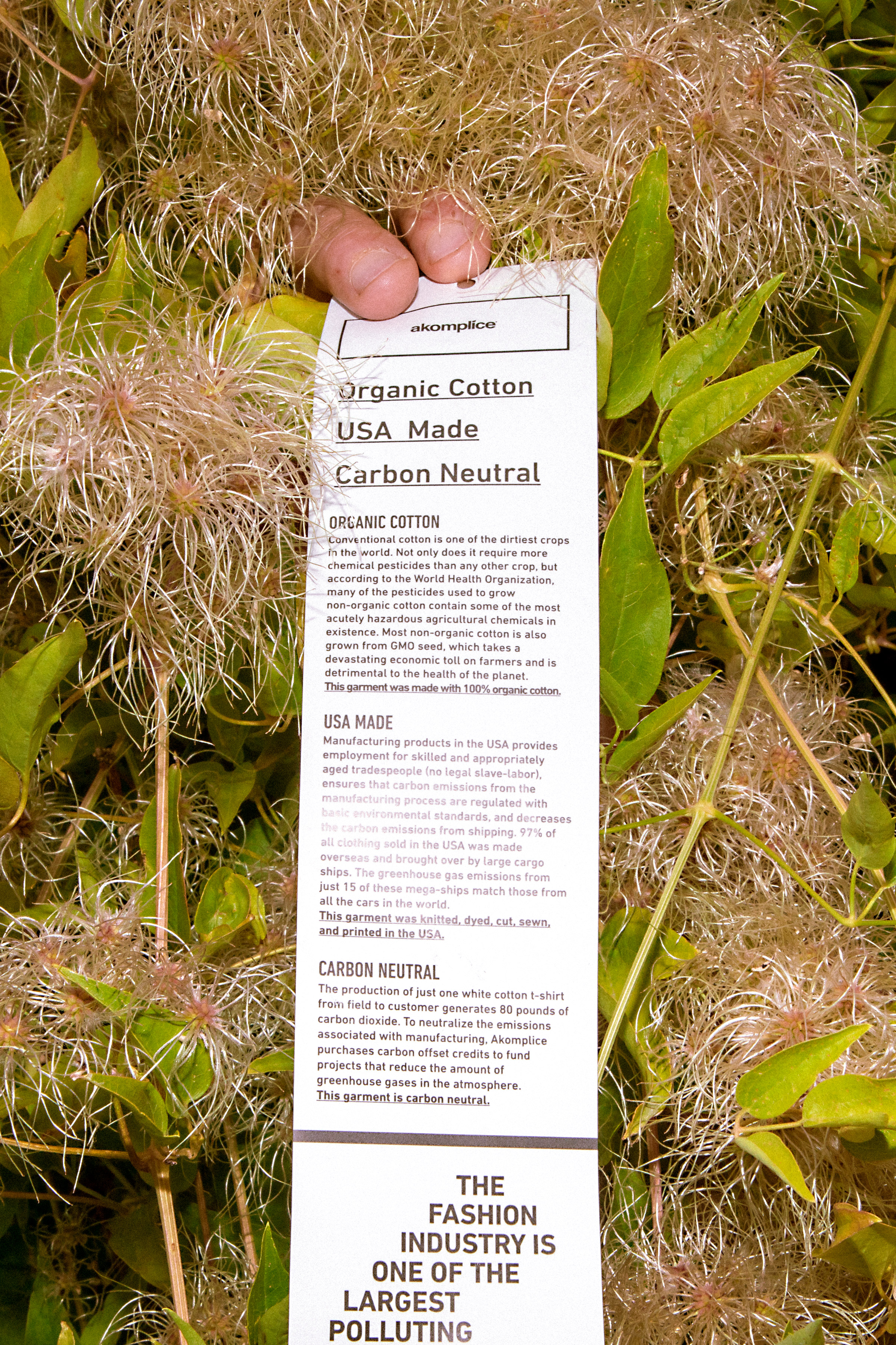 Inspired in part by the United Nation’s latest climate report, which gives humans an 11-year ultimatum to deal with the earth’s climate crisis, Akomplice is back with a provocative drop. Shot by Shawn McCarney, younger brother of Akomplice co-founders Patrick and Mike McCarney, the collection and accompanying visuals paint a striking picture of capitalism’s effect on the environment. Akomplice’s co-founders were inspired by the uncovering that fashion is one of the largest contributors to the global pollution crisis. With this fact in mind, Akomplice has taken a stand against fast and disposable fashion by limiting their release schedule to one collection per year. Additionally, all short and long-sleeved tees were knitted, dyed, cut, sewn, printed and finished in the USA using organic cotton, making Akomplice a pioneer in sustainable production.

Intentionally shot at a coal mine in Akomplice’s backyard of Colorado, each garment graphic and lookbook image illustrates the Akomplice ethos of standing up for what you believe in. From worshipping at the church of capitalism, to bleeding the earth’s resources dry, every image contains a message. One of the collection’s prevailing messages is Earth Rights, which is emblazoned on tees and represents giving people legal authority to enforce laws that protect nature and our ecosystems. Other collection standouts include a plea for peace, which is cleverly designed within the American flag.

Every garment in the collection comes complete with a three-foot hangtag detailing the perils of the climate crisis and what we as individuals can do to help. Select styles available now at Shoe Gallery Miami, Politics New Orleans, Leaders 1354 Chicago, as well as in many other fine boutiques worldwide. The collection in its entirety will be available on the Akomplice Webstore Thursday, November 21st, 2019 at 2 pm PST.