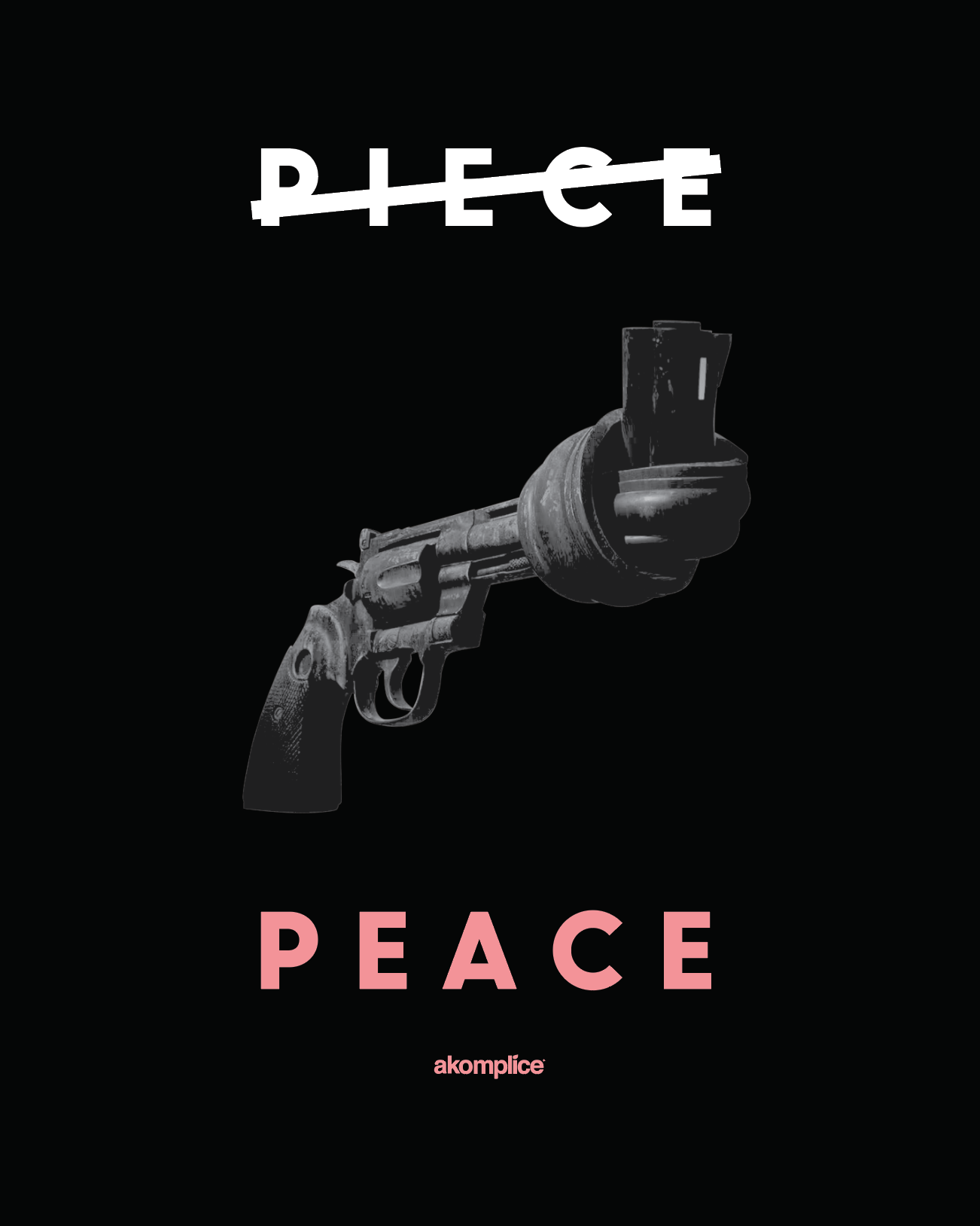 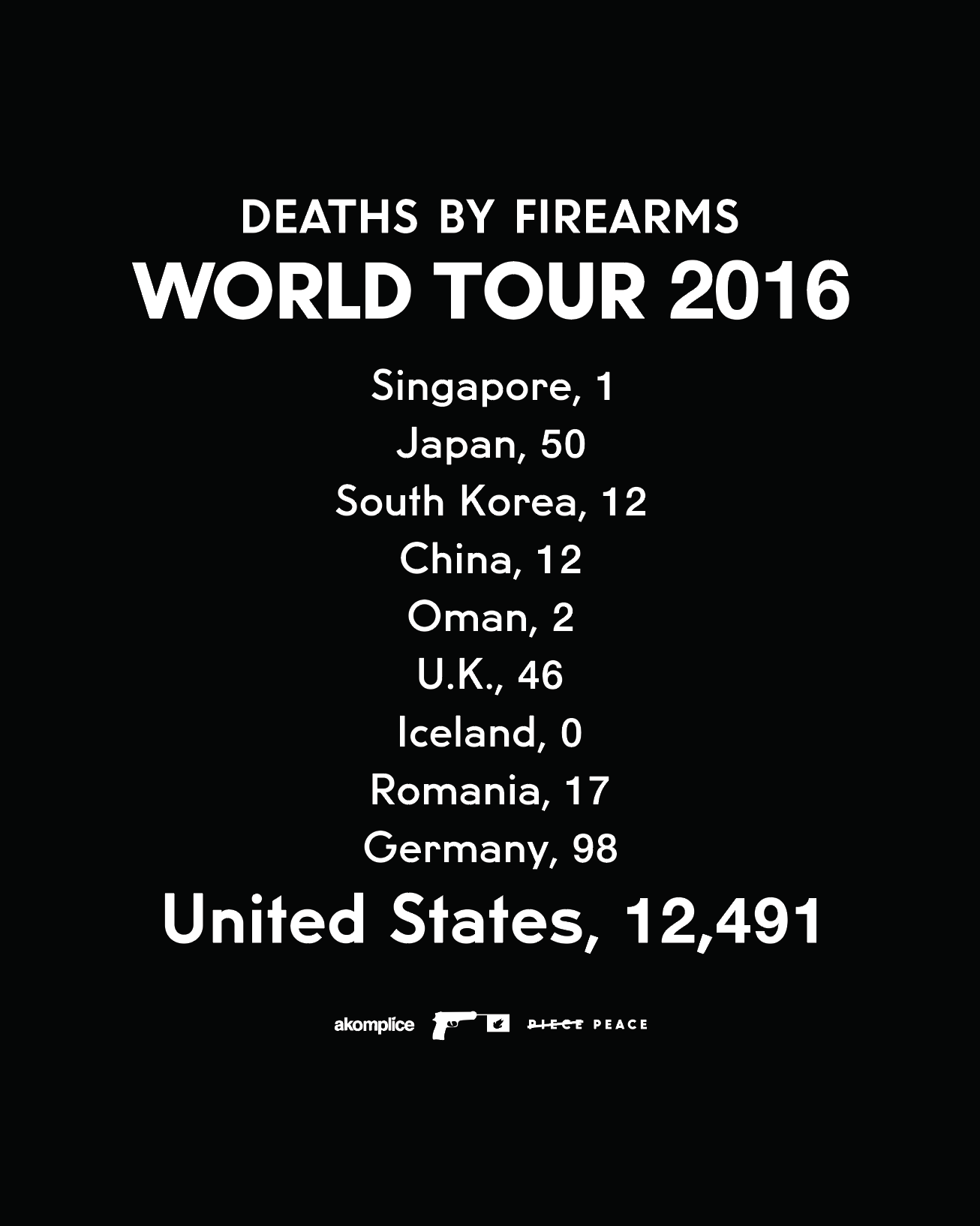 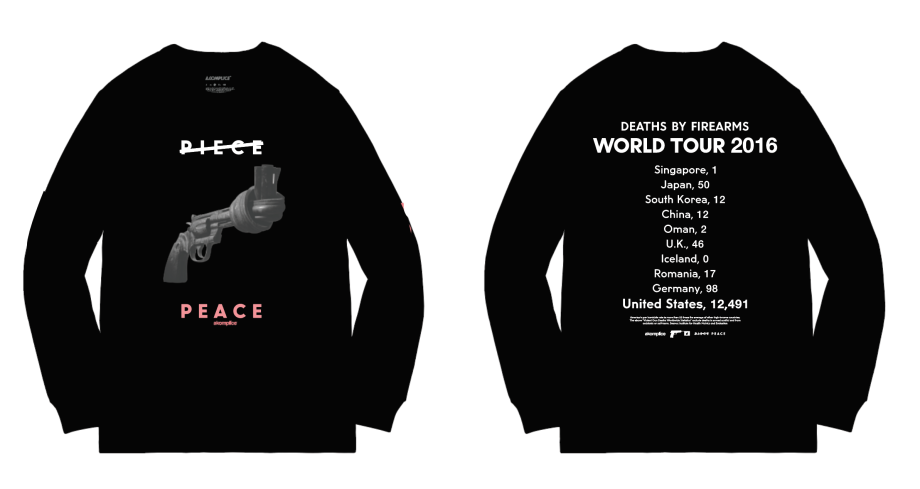 Our latest endeavor speaks on the sheer magnitude of gun violence in America.

At a cemetery in Santa Monica, photographer Beth Saravo captures the world-weary demeanor of young model Duke Abraham, signifying the reality that students are often those most affected. Standing somberly in the stark daylight, the setting reminds us of the every-day pervasiveness of gun violence and gun deaths in America.

Akomplice is not anti-gun, but rather pro-gun control. “In the US it’s easier to get a gun than get a driver’s license, that’s kind of absurd.” Co-owner Patrick Liberty adds, “and if mental illness is to blame for these mass shootings, maybe the criteria for acquiring a gun should be a little more stringent.” For many, it seems obvious that having stricter gun control laws would decrease gun related deaths. Many states, with California in the forefront, are taking things into their own hands and passing legislation to enact stricter gun laws.

This tee features the staggering statistics of gun deaths in the USA compared to other first-world countries, in an effort to get us thinking. The design is a new iteration of a tee we released back in 2008, the re-design triggered by the ongoing escalation of mass shootings in the United States. The 2016 statistics were the most up to date at the time of design, but the epidemic continues to rage. In 2019 alone, there have already been 6,534 gun-related deaths and 174 mass shootings, according to the non-profit Gun Violence Archive.

The shirts are made using 100% organic cotton.