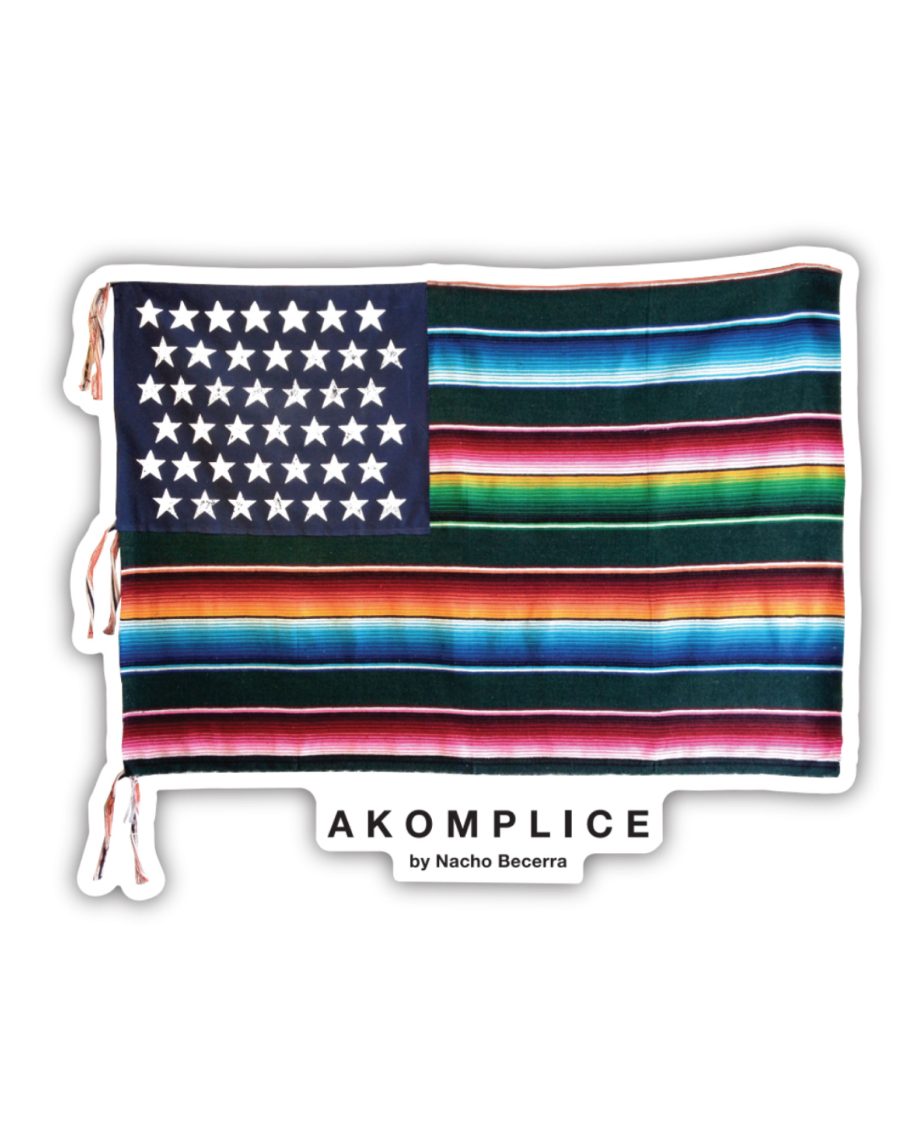 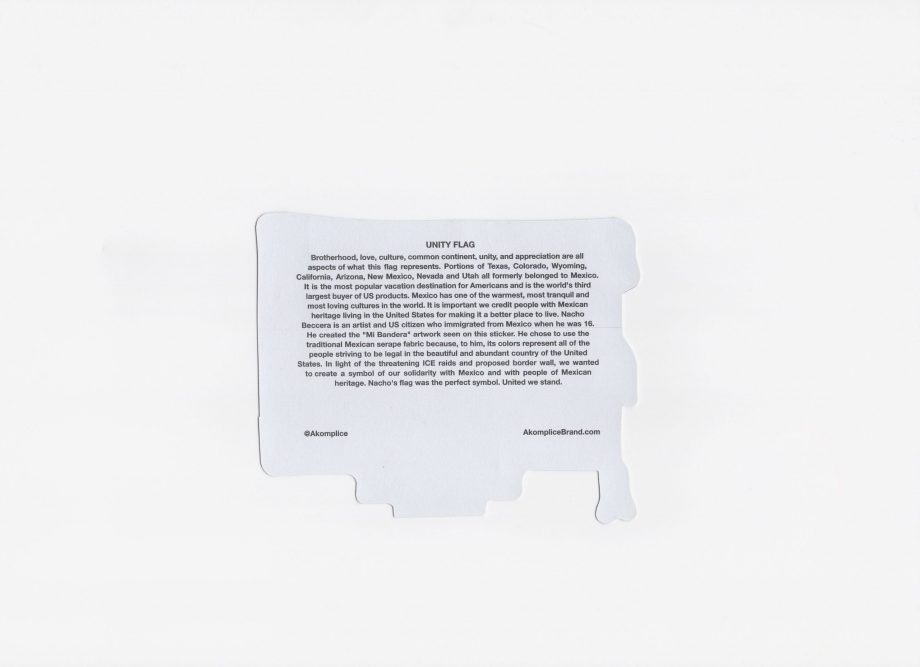 Brotherhood, love, culture, common continent, unity, and appreciation are all aspects of what this flag represents. Portions of Texas, Colorado, Wyoming, California, Arizona, New Mexico, Nevada, and Utah all formerly belonged to Mexico. It is the most popular vacation destination for Americans and is the world’s third-largest buyer of US products. Mexico has one of the warmest, most tranquil and most loving cultures in the world. It is important we credit people with Mexican heritage living in the United States for making it a better place to live. Nacho Beccera is an artist and US citizen who immigrated from Mexico when he was 16. He created the “Mi Bandera” artwork seen on this sticker. He chose to use the traditional Mexican serape fabric because, to him, its colors represent all of the people striving to be legal in the beautiful and abundant country of the United States. In light of the threatening ICE raids and the proposed border wall, we wanted to create a symbol of our solidarity with Mexico and with people of Mexican heritage. Nacho’s flag was the perfect symbol. United we stand.